Updates for my grad film

Although I have finished the majority of the film for the submission deadline, there are still many things I want to edit, work on further and some new scenes I want to create. With all the setbacks I have faced this year, I had to cut out some scenes for time reasons and I thought that the film wouldn't suffer and that the narrative would still make sense and be cohesive. However, it think I was wrong, there are some parts of the film that could be quite confusing to people

Creating the title and credits of the film

This morning I quickly exported the text images from the start and end of the film into their own high quality images. I can now use these at ease.

As part of the submission of my film, I needed to attach 5 high-quality still images from my film and I thought I would post them here too. Each one represents a different part of the film and what the characters go through and I also think they showcase my the different aesthetics my film has.

Inside shot of the Wellington bomber

I was finally able to finish and animate this shot of the inside of the cockpit for the very start of the film. it shows the inside of the wellington bomber, the lights flashing and the pilot moving around a shaking dramatically. I am happy with the amount of detail and the level of animation I did. there some animation but not too much that you don't get distracted by it. 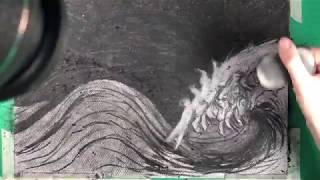 The process of the horse waves

Here is a short time lapse that I filmed whilst working on this scene. It shows the technique I use for animating the charcoal portion of my graduate film and how time consuming this type of animation is to make. It was fun to make and be able to look back on my own thought process for the scene. I hope to do more of these in the future and perhaps create a 'making of' my film? who knows

Looking to the future

Whilst the future is very uncertain right now and everyone’s plans for the summer have been thrown up in the air. I do have some plans for my film and what I want to do with it. It may not be fully completed for the deadline; however, I plan to give myself another couple of weeks to continue working on it and refining a lot of the details. This film means a lot to me personally and although things have been difficult these past two months, I don’t want to leave it unfinished.

Over the course of the past 9 months that I have worked on this film, I can honestly say it has been the most enjoyable project I’ve done during my three years at university. Having the freedom to create a film so close to my heart and connect further with my close and extended family has been really nice. Whilst things have gone a bit off the expected course in these last couple of months, I still enjoyed this last academic year and all the things I have learnt. I think this 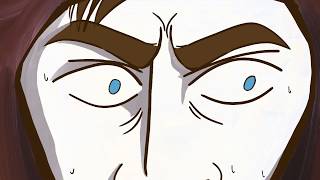 This afternoon I created a trailer for my film. It was my first time making one, as I have never made them for any of my previous films. I really enjoyed making it and timing it to the music that my composer made. I think by using the music he created for the nightmare scenes along with the variety of scenes I chose made it quite compelling. You can watch it below: I posted it on my social medias earlier and got some great responses from people, so it has definitely done its

Working on mock ups for the epilogue

As my film is based on a true story with real life people's experiences I wanted to allow some time at the end of the film to give some more information about the men and my grandad. I have allowed myself just under a minute of extra time to do this. I want to show photos, scans of letters and take quotes from my grandads book and showcase them in this section. Along with showing these I will also have the credits at the end and the dedication to my grandad too. Below are the

Enough we aren't going to be able to showcase our films at the degree show later this month anymore. I still spent a bit of time planning for my display at the degree show. So I thought I would show it off now and who knows what may happen in the future, perhaps we may be able to showcase our work together later on? Here is my final design for my area of the degree show. I wanted to show my website on the monitor so people could look through and see what work is in my folio.
1
2